Understanding the Various Terminals on the Alternator

The different terminals on the back on the alternator are each meant for a specific purpose explained below:

IG terminal - It switches on the voltage regulator.

L terminal - This terminal closes the circuit to the charging system warning lamp.

B terminal - This is the alternator's output terminal. It is connected to the battery.

F terminal - This terminal is the full-field bypass for the regulator. (For testing purposes only.) 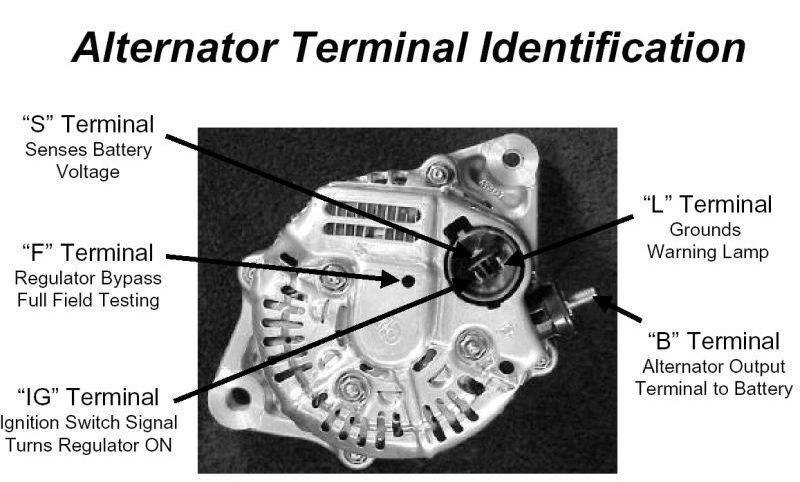